The U.S. Citizenship Act of 2021 establishes a new system to responsibly manage and secure our border, keep our families and communities safe, and better manage migration across the Hemisphere

President Biden is sending a bill to Congress on day one to restore humanity and American values to our immigration system. The bill provides hardworking people who enrich our communities every day and who have lived here for years, in some cases for decades, an opportunity to earn citizenship. The legislation modernizes our immigration system and prioritizes keeping families together, growing our economy, responsibly managing the border with smart investments, addressing the root causes of migration from Central America, and ensuring that the United States remains a refuge for those fleeing persecution. The bill will stimulate our economy while ensuring that every worker is protected. The bill creates an earned path to citizenship for our immigrant neighbors, colleagues, parishioners, community leaders, friends, and loved ones—including Dreamers and the essential workers who have risked their lives to serve and protect American communities.

The U.S. Citizenship Act will: 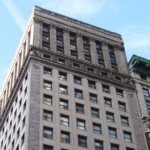